Heard JAMStack and wondering what it is?

In recent years, the term JAMStack has been hovering around the internet, most people know pretty much about this stack while some don't. No worries if you don't know because by the end of this article, you will understand what it is and how you can benefit from it.

Often at times, most people think it is a framework, programming language or a particular front-end library but I must try as much to clear all that for you.

JAMStack is a Modern web development architecture based on client-side JavaScript, reusable APIs, and prebuilt Markup.

It is not about specific technologies. It’s a new way, best practice or development workflow of building websites and apps that delivers better performance, higher security, lower cost of scaling, and better developer experience. You may have seen or been building JamStack applications in the past without knowing that you are doing so. Further down this article, you will see how you might in one way or another been using JamStack in building most of your web applications without knowing it. 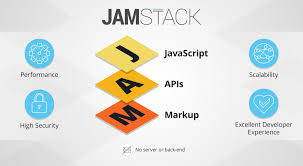 So the JAM in "JamStack" is gotten from the below listed

For your web application to be a JamStack application, it must have those three technologies in it.

Note: There is no restriction to which javaScript framework or library to use in building a Jamstack application.

Often times, most people ask how JamStack applications are more better than a lot of applications out there and my answers have been the same simple one. They are more faster, easier to maintain and scalable 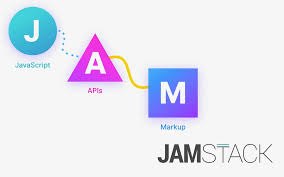 As far as minimizing the load time is concerned, nothing beats pre-built files served over a CDN. This is one of the beautiful and most amazing thing about JAMStack application because during deploy time the HTML is already generated and served via CDN without any back-end delays of some sort.

2. It is highly secured Thinking about database vulnerabilities or server issues? you don't need to worry about that while building JamStack applications because everything works through an API making it painless for database glitches and server-side problems.

API (Application Programming Interface)  is an interface or communication protocol between a client and a server intended to simplify the building of client-side software.

3. They are Less Expensive

Hosting of static files is very cheap, most times free with netlify. The fact still remains that serverless applications are very much cheaper especially through netlify (I have used this).

5. Workflow Flexibility This purely means that there more focused development and quicker one as well. Disassociating Front-end developers from server functionalities allows better productivity. Another cool thing about the workflow flexibility is Atomic deploy (The new version only goes live when everything is ready and all the assets can be served). How do I get started Jam-ming?

So, having known about JamStack and the benefits behind it, I know you would be asking yourself "How I really get started with this whole things". Okay, getting started with building Jamstack application over time have been so simplified that you can get started very quickly with most of the already built technologies and static site generators  like: 1. Gatsby: This is one of the most awesome site generators built with  React and Webpack which can be used to build super blazing fast web applications. This is an open-source application as well, leaving it with much room for improvement.

2. Hugo: This is another great site generator for creating flexible website sites with amazing speed. Created by Google and open-source as well.

4. Netlify: Deploying modern web applications have become so painless and absolute free with the presence of this very technology.

CDN (content delivery network) is a system of distributed servers (network) that deliver pages and other Web content to a user, based on the geographic locations of the user, the origin of the webpage and the content delivery server.

Subscribe to my Newsletter and get my updated articles