WHERE IT ALL STARTED (JOURNEY TO GREATNESS)

My name is Chinweike Jude Johnbosco Obiejesi,  called either of the names depending on how we met, where we met and who you are. It’s quite funny I have plenty names people who knows me often have different names they squeeze out from my original name to call me. I would love to document my real background story here but maybe that should be a topic of another time and day which I don’t know when.

I was born in Onitsha, Anambra state of Nigeria although Imo State by Origin, born in the late 90’s, the world wasn’t really nice for me growing up but things keep falling in place for me and I continue scaling through which I categorically state as “God’s plan” for my life.

1. Growing up in the Town of Onitsha is quite fun 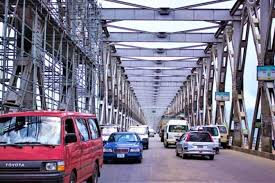 As a lad I desired to own a Computer to at least play game, Funny? That was the only thing I thought Desktop Computers were used for as at then. Never knew how to even ask for what I wanted as a lad but knew quite well I would get one someday. So I grew older up-to the junior secondary school level I start to have the desire to be a Computer Engineer, I stay in the school computer lab and use our computer then and somehow was good learning the Microsoft packages very well, never knew of Software Engineering, Web Development and more things about Technology as it is now. The most annoying part is that I wasn’t opportuned to play games as I always wish for on Computer systems. Get to know about a thing called “web development” in the late 2014 through a friend who was in a quest to know what it was as well and how to explore around it, I honestly don’t have the interest until one of our external Senior secondary teacher explained it to the both us during our Senior Examination preparation (WAEC) 2014/2015, I had that great interest and the both of us set to explore this mind blowing career line.

2. In the Sun Shine City, Akure 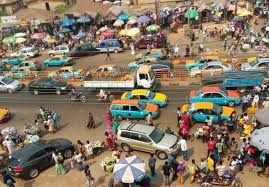 I would say the sun shined on me and I saw the great future. So I came into the City of Akure in Ondo state for my Tertiary education and was gracefully/merittedly admitted into the Computer Science Technology Department. Whoa!!! (First goal attained), here during lectures I had more and almost basic stuffs I needed to know to find my way in the path which I seek. I took bold steps to see I get what I wanted but this wasn’t really easy because I was bit distracted making little money in school as well for foot most of my basic needs. Challenging and tasky as it seems but I was still covered with grace and the little consistent learning method I used for myself. Out of my  curiousity to learn Software I was trying to learn the whole languages I get in contact with not knowing I was practically chasing the cloud naked, I didn’t know I was trying to make myself most likely master of none until 2018 when my program in the school is almost coming to an end. Did I forgot to say I was a big fan of Wordpress and plugins during my school times? 3.0 Searching and Setting my Pace in the Great City of Ibadan, the Pace setter 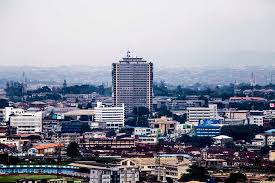 So it’s IT (Industrial Training) time, and I don’t want to go back to the Onitsha for anything, so I decided to seek for better City in the Western Region of Nigeria, and I was favoured  to be welcomed in the house of my cousin brother who offered me shelter and food while I make my pursuit to find the greater version of myself and become a big rich web developer. Trekked the city of Ibadan looking for a place for my Internship period and ended up in a primary/secondary school where I have to serve as a computer operator to with absolute little pay but thanks for God’s I got frustrated with the way things go there and for the fact I’m learning towards the field I tend to build on after three weeks and seek to migrate to the City of Lagos to an uncle’s place.

4. The Great City of Lagos, home of Excellence. 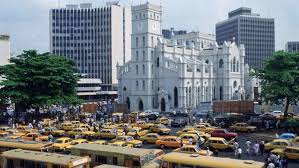 After setting my pace in Ibadan, I came into lagos to attain Excellence and here I am doing it. Whoa!!!!! Haven’t been easy but I tend to keep the whole re-learning constant and consistent. Did I mentioned that while I was beating around the whole stack and web technologies during my school days that  I was unable to attain big thing at least build an application. So reaching Lagos, I met some folks that helped me guide my path properly and choose a particular stack (Front-end Development) re-learning and building mini web applications. I am happy to tell you that I am where I think I should to attain the big real deal which is the Excellence I strive for. Giving myself some more years, I will make it to the top best of my Field. Hello Fam! If you are stucked and you think it’s all gone and you can’t learn something to make greater impact in the society, then you’re just feeding yourself with the greatest lies of the century. Learn and make out the greatest of yourself. Don’t multitask, it reduces your efficiency and get you worked out. Split your task and challenges and practice consistency and deep learning, over the time you will see yourself grow and become more good and better than nobody would ever imagine. Have focus

Tags
My Real StoryMotivationRoad to Success

Subscribe to my Newsletter and get my updated articles